Top Reason to Consider an Adult Tricycle Over a Bicycle

Do you love the freedom and exercise that you get from riding a bicycle? For most people, bike riding is a low impact and enjoyable activity that helps people stay fit and healthy. Unfortunately, because of certain body types and physical ailments, riding a bike is not easy for everyone. In some cases, getting on those two wheels is not even a possibility. That does not mean you’ll never ride a bike again. For many individuals, a three wheeled bike, or adult tricycle, is better than a standard bike. 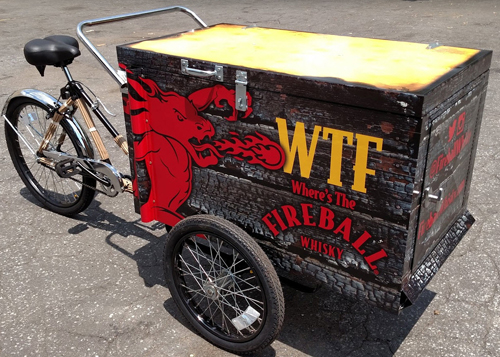 When comparing an adult tricycle to a traditional upright bicycle, you will quickly notice that the trike has a body placed closer to the ground. Being lower to the ground allows you to accelerate at quicker rates than on a two-wheeler. Because of the stability of the third wheel, you are also able to cruise at high speeds comfortably, whereas, on a two-wheeled bike, you may start to experience speed wobbles.

with the triangular shape helps you to cut through the wind while riding. You will notice significantly less drag on your arms and legs when compared to a standard bicycle.

Adult tricycles, which are sometimes referred to as cargo bikes, can be set up with extra storage space between the two wheels in the back. You can carry a lot, which makes local shopping and delivers a synch.

Writing an adult trike is known to be more comfortable than other bicycles. Even if you get an expensive seat for your bike, it still might not be as comfortable as the seat on an adult trike. The seats are a bit roomier than two-wheel bike seats, and it is also easier to sit upright on a trike.